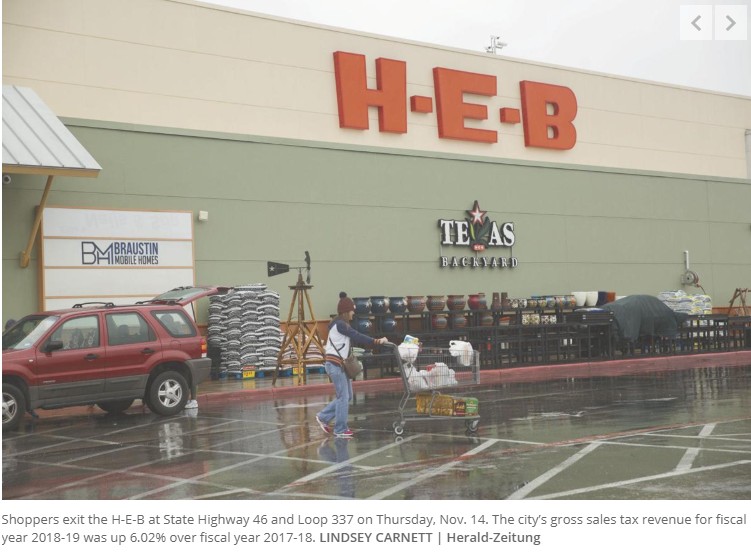 As printed in the New Braunfels Herald-Zeitung, November 15, 2019

It was a good year for sales in the city of New Braunfels.

City staff announced earlier this week that with the September figures in, they could put together a picture of fiscal year 2018-19 to compare with fiscal year 2017-18.

“With the release of the September figures, we are able to report that gross sales tax collections for FY 2018-19 (October-September) has increased by approximately $1.9 million or 6.02% in comparison to the previous fiscal year,”