The Texas Housing Market More Stable Than It Seems

Despite losses in the oil and energy sectors and with home prices above their historic peaks, the Texas housing market remains strong.

The recent CoreLogic Market Condition Indicators suggested that Texas had the most overvalued markets among the 100 regions in the U.S., HousingWire reported. With six of the top 10 metro regions landing in the list of areas with a percentage of home prices relative to the long-run sustainable level, the numbers seem to indicate the potential for a bubble.

Nationally, house prices were more than 10 percent higher than long-term sustainable levels during the peak of the housing bubble that lasted between 2005 and 2007, and then subsequently fell more than 10 percent when the bubble burst. Currently, prices have closed the gap to 3.6 percent sustainability.

For instance, as the San Antonio Business Journal noted, total sales in the area grew by 5 percent in August, while average sale prices increased by 6 percent. San Antonio in particular has seen a 12 percent rise in home sales, with 18,600 units sold in the area so far this year. While homes priced at under $200,000 account for 51 percent of the sales made in the area, larger deals continue to gain.

More stable than it seems
While these numbers and housing conditions might seem unsustainable, they align perfectly with the stable economic environment within the state. Since Texas weathered the recession relatively unscathed from the plunges in housing prices experienced in other states like Florida and Nevada, and simultaneously continued to sustain strong job growth, the boom-and-bust housing cycle never pushed down prices. According to James Gaines, a research economist with the Real Estate Center at Texas A&M University, the continued increase in prices, along with the continued strength of the job market in light of the slowdown in the oil and gas sector, demonstrates the stability of Texas real estate, HousingWire reported. Specifically, Gaines does not believe there's a price bubble.

Instead, the issue at hand is that despite homebuilders ramping up construction in the wake of the financial crisis of 2008, the demand for housing in the state has consistently been higher than the available inventory of units. This has kept prices high as homebuilders try to keep pace. However, the construction industry is dealing with obstacles like a labor market lacking in skilled trade workers and disruptions in the supply chain from volatile markets.

"Over the last several years, the demand started going up much faster than the supply could keep pace with," Gaines explained. "For example, all of our housing markets are reporting significantly low volumes of homes being listed for sale relative to the demand. A normal market would have 6 months of inventory, while we are running at 3-month inventory."

Job growth continues
One of the main factors propping up the historically high home prices in Texas is the continued strength of the job market. In August, the state beat expectations of 15,500 new jobs and added 18,100 private-sector jobs, second only to California, according to the ADP Regional Employment Report. Trade, transportation and utilities saw the largest growth, with professional and business services following.

As the job market remains strong in the state and the inventory of housing remains below the ideal rate, home prices should continue to stay high in the state. The low supply will lead more individuals to buy land for sale in Texas to construct new homes, and homebuilders should remain busy for a while constructing units that are in such high demand. 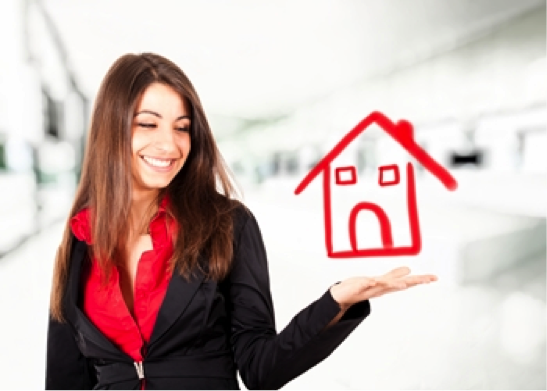 The Texas housing market continues to stay strong in the wake of high valuations.

With a low housing inventory and large supply of land for sale in Texas, now is a great time to think about buying land and building your dream home in one of SouthStar's Texas Communities. Click below to discover what living in a SouthStar Community is all about.