The State of Texas Real Estate: Booming with a Side of Confidence 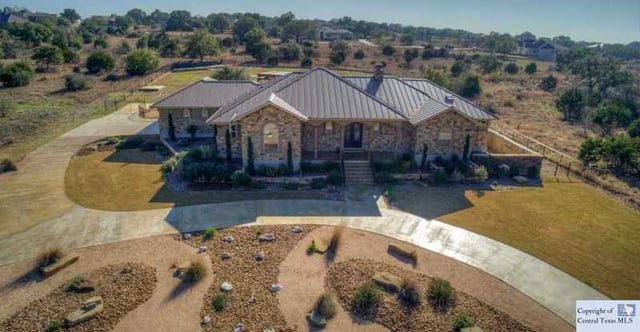 It has been a decade since the real estate crash and while it took a few years to start bouncing back across the country, Realtor.com reports that “the boom times are back.” But, before anyone starts to worry about the “what goes up must come down” principle, the real estate authority offers that conditions are “way different” now, especially when it comes to Texas real estate.

“There's no need to start stuffing your life savings under your mattress for safekeeping just yet,” they said. “If you look beneath the surface, there are key differences between then and now, a realtor.com® analysis of housing and economic data shows.”

Danielle Hale, chief economist for realtor.com, points out that, while rising home prices, strong sales, and a rise in house flipping have combined to create what may look like familiar market dynamics, “It’s important to remember rising prices didn’t cause the housing crash. It was rising prices stoked by subprime and low-documentation mortgages, as well as people looking for short-term gains—versus today’s truer market vitality—that created the environment for the crash.”

Realtor.com calls today’s more stringent lending standards “the biggest change on the housing scene over the past decade.” The Dodd-Frank Act was passed in response to lax standards that led to “borrowing beyond repayable amounts and atypical mortgage products, which pushed up home prices without the backing of income and equity” and helped cause the market crash. As a result, median FICO scores for home loans have risen from 700 in 2006 to 734 today, with the bottom 10 percent of borrowers up from 602 a decade ago to 649 now.

The under-regulated environment of a decade ago and speculators looking to make a quick buck on house flips also contributed to the downturn. Ten years ago, flips accounted for nearly nine percent of all home sales nationally, and reached a much more potent saturation level in cities like Washington, DC, and Chicago, where they were up around 20 percent. While flipping is hot again, buyers today are not typically taking out multiple sketchy loans that leave them with little or no skin in the game, which means they’re not creating combustible conditions that can negatively impact the market.

The median home sales price across the country last year was two percent above 2006 numbers, at $236,000, and “31 of the 50 largest U.S. metros are back to pre-recession price levels,” said realtor.com. The highest appreciation nationally in that time period: Austin, at an incredible 63 percent.

“Austin wasn't hurt much by the housing market collapse because home prices were already low,” local real estate agent Jason Bernknopf with AustinRealEstate.com told them. “Plus, Austin has a diverse economy with plenty of stable jobs in government (it is the state capital, after all) and tech companies such as locally based Dell and Samsung, IBM, and Apple.”

Growth in the city is indicative of larger Texas real estate trends and has been, in part, due to migration “from far more expensive areas such as California;” it has also led to a “building boom in the suburbs, where young families are moving in search of more space and better schools.” That has been especially prevalent in the Texas Hill Country and cities like New Braunfels.

Well within easy commuting distance to Austin and San Antonio and marked by beautiful topography, views that have been compared to Tuscany, a warm and welcoming environment, a bustling economy and job market of its own, and attractive real estate offerings, New Braunfels has become ground zero for Texas real estate buyers.

New Braunfels is one of the fastest-growing cities in the nation with projections of 115 percent population growth in the county over the next 30 years. “The employment expansion forecast is expected to be even greater than that at 127 percent over the same timeframe,” said the New Braunfels Herald-Zeitung. That makes Comal County one of the fastest-growing counties in the nation.

Located in New Braunfels, Vintage Oaks from SouthStar Communities is the fastest-growing community in the San Antonio MSA for four years running. This 3,300-acre masterplan offers a variety of land ranging from 1–14 acres in gated and non-gated neighborhoods as well as custom, semi-custom, and builder homes for sale. Resort-style amenities include multiple pools, playgrounds, a lazy river, miles of meandering trails, sport courts, and a Tuscan Clubhouse, as well as beautiful Hill Country views.