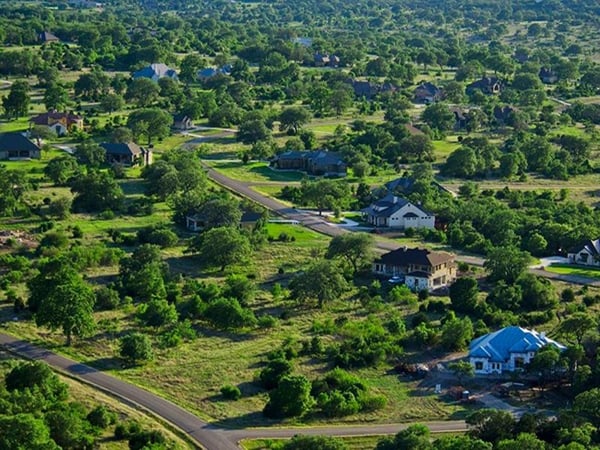 “Austin, Fort Worth, Houston and Midland are among the fastest growing cities in Texas and they rank among CareerCast’s best cities when it comes to higher pay and lower cost of living,” said Fox Business. “The cost of living in Fort Worth, for example, is more than 50 percent lower compared to New York City and 40 percent lower compared to San Francisco.”

Even in mega-hot Austin, which has had unprecedented population growth in Texas and rising real estate prices over the past several years, “The cost of living is six percent below the national average and the median household income is more than $63,000 or 18 percent above the national figure,” they said.

Kyle Kensing, editor at CareerCast, noted that, “All of those cities are growing right now and they are growing because they do have a broad spectrum of jobs they are looking to fill. A lot of businesses are starting to boom. Companies including Facebook, HomeAway, Google, 3M, and Toyota have offices in the state. Energy companies including Conoco Phillips and Halliburton are also big employers.”

Add in the fact that Texas has no corporate or individual income tax and is also considered tax-friendly for businesses—a huge driver from companies coming from other states like California. And don’t forget that “the cost of property is lower too,” Kensing added.

All of these factors converge in cities like San Antonio, the No. 5 “Hottest Real Estate Market of 2016” as named by FORTUNE, a “Best Buy City” by Forbes, and, most recently topping Zillow’s “Sweet Spot” list for home ownership this quarter, based on the market's strong income growth, growing job market and the ability to break even on a home purchase in just over a year,” said Builder magazine.

Affordability continues to be an issue nationwide, and, in the city, prices rose three percent to $227,971 in the first quarter of this year while the median sales price increased four percent to $192,900.” This is one of the reasons San Antonio masterplanned communities like Mission del Lago has seen such growth.

Mission del Lago, from SouthStar Communities, is the fastest-selling community in all of San Antonio in its price category and one of fastest growing across all price points thanks to its convenient location, range of new homes from D.R Horton and Lennar, amenities including a golf course and on-site school and parks, and prices that start at just $160,000.

Hill Country cities like New Braunfels are increasingly on real estate buyers’ radar. New Census numbers show that New Braunfels is now the second-fastest growing city in the nation, having added 4,339 residents for 6.6 percent growth from July 2014 to July 2015. The city jumped from No. 8 to No. 2 this year, continuing the trend that has seen it almost double its population since the year 2000.

New Braunfels’ proximity to San Antonio and Austin and the two cities’ dynamic job markets—especially in contrast with the serene Hill Country scenery, inviting, small-town spirit, and the vast lifestyle opportunities—is a huge driver for Texas real estate buyers. But economic growth in New Braunfels allows residents to work even closer to home.

Cities like New Braunfels are becoming “economic hubs in their own rights,” said the San Antonio Express-News. More people are “moving into suburban ring counties that are close to large metro areas. There’s more available land there to build, and more businesses and industries — and therefore, more jobs — are also plunking down in those areas. Plus, commuters have easy access to big cities,” they said.

Hill Country masterplans like SouthStar Communities’ Vintage Oaks, the fastest-growing community in the Texas Hill Country for the past three years, is the community of choice for Hill Country land buyers. Located on on the Texas Wine Trail, Vintage Oaks offers an array of New Braunfels land for sale in gated and non-gated neighborhoods, resort amenities including multiple pools, a lazy river, ball fields, trails, and a Tuscan clubhouse, and Hill Country views.

New Braunfels homebuyers seeking a masterplanned community in which to buy a new home in the Hill Country have also discovered The Crossings, the area’s newest offering. The Crossings, from SouthStar Communities, offers two single-family neighborhoods from Lennar Homes with modern floorplans, spacious gathering areas, and upscale features from the mid $200s. The community’s ideal location close to I35 but in a private, peaceful enclave gives it the best of both worlds and onsite amenities include a swimming pool, grassy play areas, and walking trails.

CareerCast found that, “Cities with large universities also top the list of best places to live and work,” and that has been true of Bryan-College Station, home to Texas A&M.

Home prices and property values have continued to rise while inventory decreases in the Brazos Valley. In the first quarter of 2016, data from the Texas Association of Realtors showed that Bryan-College Station home prices were up 11.4% year over year and the number of days on market were down to 46—8 fewer than the first quarter last year. The Brazos Central Appraisal District’s preliminary estimates of property valuations showed “growth of $1.4 billion, or 9.7 percent, over last year’s values,” said The Eagle.

The unemployment rate in College Station is 3.5% (Texas is 4.4% and national is 4.7%), with job growth of 4.84% and future job growth of 46.3% predicted over the next decade. Employment growth and economic development in Bryan-College Station have been consistent, and new jobs continue to come to the area thanks in part to the efforts of the Research Valley Partnership of the Brazos Valley, which has attracted some of the world’s most dynamic and innovative companies, like the new $91 million vaccine facility that’s coming to Texas A&M will add another 6,800 new jobs over the next 25 years, and popular online furniture retailer Wayfair, who chose the Research Valley for its new customer service center this year after a year-long, multi-state search.

The influx of jobs in the area and popularity among real estate buyers has opened up new opportunities for Brazos Valley land buyers to build a custom home in College Station, and SouthStar Communities King Oaks masterplan has been the beneficiary. King Oaks is the top Brazos Valley masterplan for those who are thinking of building a home close to Texas A&M and just an hour to Houston but who want a more private setting with great schools and friendly neighbors. King Oaks offers Brazos Valley land for sale from 1 to 3.27 acres and resort amenities including a pool, pavilion, 60-acre natural preserve, trails, and fishing pier.