Texas economy rages on, named the top state for business 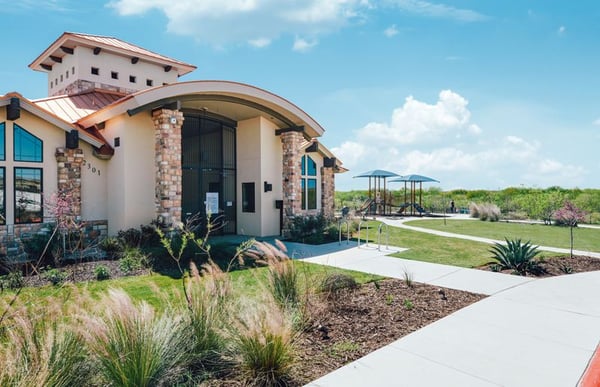 Chalk up another impressive accolade for the Texas economy. The state has just been named CNBC's Top State for Business in America for 2018. “Riding the rising tide of energy prices — and the job growth that goes with it — Texas lands the top spot in CNBC's 2018 America’s Top States for Business rankings,” they said. The distinction “is familiar territory for the Lone Star State, which becomes the first four-time winner in our annual study, now in its 12th year.”

This is the first time since 2012 that Texas has been No. 1; the state was second to Washington last year but has never finished outside of the top five “since we introduced our rankings in 2007,” they said. “Not coincidentally, West Texas Intermediate Crude Oil — the state’s most important export — peaked at just over $108 per barrel that year, a figure it has not seen since. But it has risen enough — around 60 percent in the last year, powering through the $70-per-barrel mark in June — to turbocharge the $1.6 trillion Texas economy.”

Oil and related industries have indeed helped to grow the Texas economy. “Texas has added more than 350,000 jobs in the past year “with the largest increase in the energy sector,” they said. “Put another way, 1 in 7 jobs created in the United States in the past year was created in Texas. With solid economic growth last year — including a torrid 5.2 percent state GDP increase in the fourth quarter — Texas finishes first in our Economy category this year. That is up from No. 25 last year, when oil was priced in the mid-$40s per barrel. And rising energy prices have a ripple effect, according to Roger Guenther, executive director of the Port of Houston, which is seeing booming traffic in related products, like imported steel pipe.”

But the Texas economy is driven by far more than oil and related industries. Among the 39 Texas companies in the Standard and Poor's 500 index are ExxonMobil but also AT&T and Texas Instruments. “And it boasts some of the nation's largest privately-held companies,” including Hunt Oil but also Neiman Marcus Group and San Antonio-based H-E-B.

“Texas is no one-trick pony, notching top 10 finishes not just in Economy but in five of our 10 categories of competitiveness, including Workforce (No. 7), Infrastructure (No. 1), Technology and Innovation (No. 9) and Access to Capital (No. 3). The state finishes with 1,651 out of 2,500 possible points,” they said. CNBC included a total of 60 metrics across 10 categories

Washington, which was No. 1 on the list last year, fell to second in this year’s rankings, followed by Utah, Virginia, and Colorado in the top five.

Much of Texas’ overall economic strength has been and continues to be focused on a few main cities including: Austin, No. 1 on U.S. News and World Report's new list of the 125 Best places to live in America and San Antonio, No. 14 on the list. The area in between continues to chug along, with the city of New Braunfels currently the second-fastest-growing city in the nation. New Braunfels is also home to several popular new-home communities, including Vintage Oaks, the fastest-growing community in the Hill Country for five consecutive years, and Mission del Lago, the fastest-growing community in its price range—and one of the fastest-growing regardless of price range—in San Antonio.

For more information about the Texas economy or buying a home or land in Texas, visit SouthStar Communities.