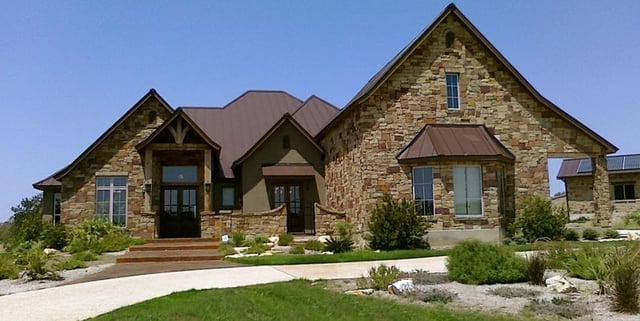 Texas Independence Day is Wednesday, March 2, and there are celebrations going on all over the state. It got us thinking about how we feel about Texas and how fortunate we are to do business here. Living in Texas is a privilege for so many of us at SouthStar Communities, and for landbuyers and homebuyers all over the state, just as it was in 1836.

“Folks are proud in Texas, which makes it no surprise that we celebrate Texas Independence Day on March 2 each year,” said the Sun Times. “March 2, 1836, is when Texas declared its independence from Mexico and adopted the Texas Declaration of Independence.”

Frankly, it would be hard to live here in Texas and not feel proud—which is a reason so many people and companies continue to move here. Texas is the fastest-growing state for job growth, No. 2 in the nation for relocation activity, and the No. 2 state for retirement.

Relocation is being driven by strong real estate values and thriving job markets—the leading reasons Texans are also moving to dynamic and up-and-coming cities within the state. The state’s unemployment rate is at an all-time low, leading Forbes to call Texas the best state to make a living.

The most recent report from the Texas Association of Realtors showed that “Home sales and home prices reached all-time highs last year. According to the report, “70,150 homes were sold in the state in the fourth quarter, a 0.3 percent increase from the same quarter 2014. Throughout 2015, home sales rose 4.1 percent from 2014 to 309,090 sales. This is the first time that annual Texas home sales have topped 300,000.”

SouthStar Communities has positioned itself to meet the needs of those migrating to Texas and also those who are moving from within the state to key growth areas.

A location between Austin and San Antonio, the No. 4 and No. 7 cities on the list of best U.S. cities to get a job, gives New Braunfels residents a convenient location and access to abundant employment opportunities. But New Braunfels has a strong and continually growing job market of its own.

New Braunfels gained almost 2,000 jobs last year as the city and neighbor San Marcos attracted new businesses and expanded existing workforces. New Braunfels is No. 13 on the list of fastest-growing cities in the nation and is projected to grow another 36+ percent in the next 15 years.

More of the same is expected this year with several companies moving here:

The fourth quarter New Braunfels Housing Report from the Texas Association of Realtors shows the median home price rose 11% to $212,250 over this same period in 2014. In addition, active listings were up 47% and the average days on market dropped to 62, from 77 the year prior.

Landbuyers moving to New Braunfels do so for the natural scenery, valuable lifestyle amenities, acclaimed schools, and abundant land in communities like Vintage Oaks. This famed New Braunfels masterplan community is the fastest-growing community in the Hill Country for the past three years, coveted for its range of acreage in several view-oriented neighborhoods, resort amenities, and location right on the Texas Wine Trail.

What was once thought of as merely a college town is now one of the most dynamic and fastest-growing cities in the nation. It’s also considered America’s Friendliest Small Town (by Rand McNally/USA), the No. 3 Great Place to Live (by Kiplinger’s), and the No. 8 Best-Performing Small Metro in the U.S. (by the Milken Institute), among a long list of accolades.

Land and home sales in the Brazos Valley continue to support the desirability of the area; in the fourth quarter of 2015, median home prices in Bryan-College Station were up 9% from the same time last year, to $189,700. Active listings were also up 30.2%, days on market dropped to 59, and inventory was up to 2.9 months, from 2.3.

A favorite of Aggies, families, professionals, military, and retirees, BCS has long been lauded for its serene setting and friendly environment. But it’s also now being valued for its excitement level. College Station was recently voted the Most Exciting City in Texas, edging out Austin, which came in at No. 2, by Travel website gogobot.

Those who want to be near the excitement but in a private, countrylike setting are choosing to live in communities like King Oaks. This masterplan is renowned for its range of properties from 1 to 3.27 acres; resort amenities including a 60-acre nature preserve with trails, community pool and summer kitchen, and stocked fishing pond and park with outdoor pavilion; and a private location on the west side of Highway 6 that’s just minutes from Texas A&M and an hour from Houston.

San Antonio has been one of the most impressive cities in the nation for several years, ranked by FORTUNE as No. 5 on its “Hottest Real Estate Markets of 2016” list and both a “Best Buy City” and one of the Best Places for Business and Careers by Forbes, who noted that, “The San Antonio area has projected annual job growth of 2.7 percent, 26.7 percent college attainment and 1.5 percent high-tech employment.”

Home sales rose again in January, up 6.6 percent from the same period last year, and the median price of a home rose 5.3 percent year-over-year—from $176,700 to $186,100. Low inventory and high demand have characterized the market, and have also continued to draw buyers toward Mission del Lago. This is the fastest-selling community in all of San Antonio in its price category and one of the fastest growing across all price points.

Mission del Lago, offering new homes on the Southside from the $160s in an 800-acre San Antonio golf course community, has helped usher in The SouthSide as one of the most impressive areas of the city. Several large employers including the San Antonio Toyota Plant, which continues to expand to meet growing demand of the trucks manufactured here; the mixed-use Brooks City Base, which is taking shape as the most exciting redevelopment project in the city and attracting a wide range of retail, dining, hospitality, and real estate offerings; and the new Texas A&M University campus, which is growing faster than expected, continue to feed the revitalization.