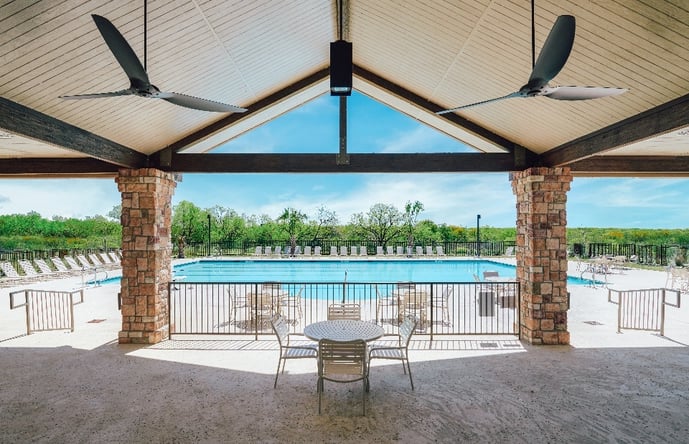 The Southside has been the proud home of San Antonians for generations, and it’s also been in the midst of a renaissance over the past several years. Extensive new retail and restaurants at City Base Commons in Brooks City Base are among the newest additions to this bustling area within the fastest-growing city in the nation. South San Antonio is also the site of popular SouthStar Communities masterplanned community Mission del Lago—another reason all eyes are on this dynamic side of town.

It’s clear that developers see the benefit of building in South San Antonio. “We are thrilled to continue proving up businesses on the Southside,” said Leo Gomez, Brooks President & CEO, in a release about City Base Commons. “GFR Developments was an original pioneer of investment in this area with its City Base Landings development and we’re thrilled at their continued interest in and around Brooks. City Base Commons will provide our community with even more great options for dining and shopping.”

Mission Trail Baptist Hospital is another Southside business that is growing to meet the needs of “an expanding population south of downtown San Antonio,” said the San Antonio Business Journal. “The latest investment will add more operating space as the Brooks facility's surgical volume has increased by 16 percent in the last year.”

The Southside has long been a convenient setting for those who work at the San Antonio Toyota plant or Eagle Ford shale-related companies. Brooks City Base has vastly expanded nearby employment options while also greatly expanding the lifestyle opportunities, as have the new University of the Incarnate Word’s School of Osteopathic Medicine, Texas A&M University-San Antonio’s new campus, and the new TJ Maxx distribution center that is expected to bring 1,000 jobs to the city from its Southside location right across from Mission del Lago.

A 2018 news story shone a light on how population growth has impacted local employment. “Business is apparently booming in some areas on the South Side,” said NEWS4SA. “Families moving into new homes and rental properties in the area are a chief reason behind it.” The article profiled local businesses like B&B Smokehouse, a 34-year-old barbecue spot that has had to triple its square footage to meet demand.

San Antonio has been named one of the best places for first-time buyers in the country by financial website SmartAsset thanks to its affordability, “income-to-housing costs ratio,” and consistent equity growth for homeowners. Still, that affordability is relative.

“A recent report from the Mayor’s Housing Policy Task Force…highlights the challenges of recent growth,” said Curbed. The report showed that, “median home prices have doubled since 2005” and about half “of the city’s renters spend more than a third of their income on rent.”

That has sent San Antonio residents and those making their move to the city in search of greater affordability, and made Mission del Lago the fastest-growing community in its price range and one of the fastest-growing communities regardless of price range in the entire city. It is also ranked in the top 10 of best-selling communities in the San Antonio MSA by Metrostudy. Prices for new homes at Mission del Lago start in the $160s.

You can also learn more about SouthStar Communities below.