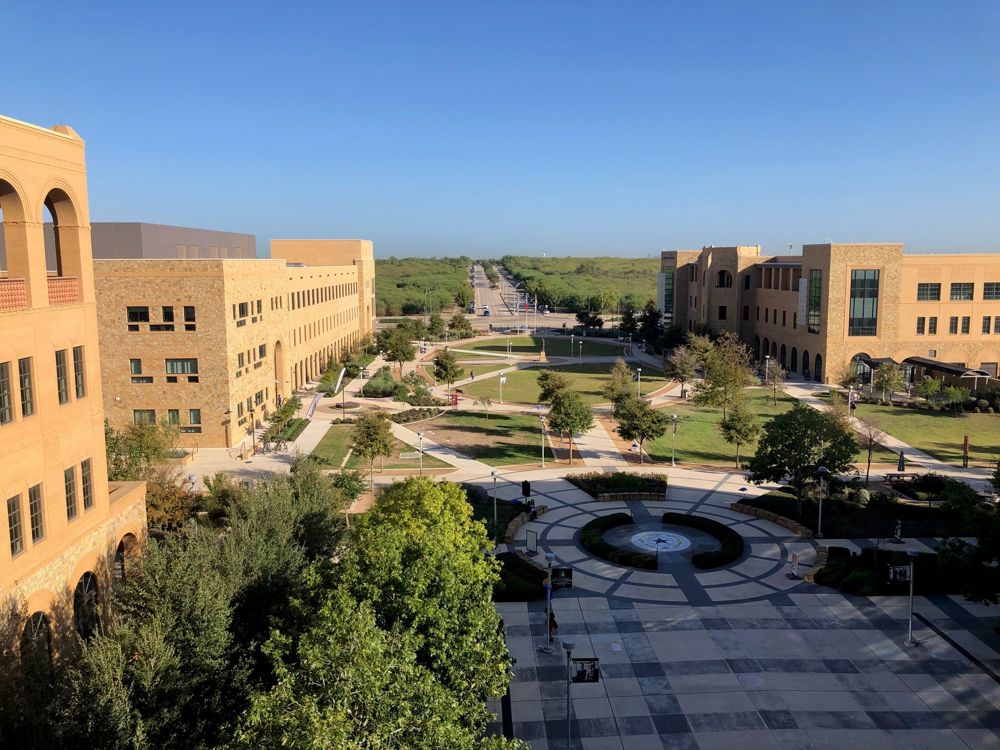 After a nearly year long delay, a New Braunfels-based developer is making plans to break ground in the coming weeks on a much sought-after residential and mixed-use project near Texas A&M University-San Antonio.

SouthStar Communities, which acquired 600 acres adjacent to the university last year, has already begun cleanup work and fencing installation at the site that will become the master-planned community called Vida.

The development will include multifamily housing, single-family homes, condos, townhomes, and possibly student housing, as well as office, retail, and industrial space, restaurants, and greenspace. First up is the single-family housing component, said Thad Rutherford, president at SouthStar.

“We have three very well-known home builders that are excited [about the project],” said Rutherford, who said he can’t name them until contracts are signed. “Some are new to the South Side. So I think that’s one of our first successes – is bringing new builders down to the South Side.”

A year ago, Rutherford was planning for an April 2020 groundbreaking on Vida. The developer had recently completed the 812-acre Mission del Lago community of homes on Roosevelt Avenue south of Loop 410, and Rutherford said they viewed it as a great opportunity to build a similar community in the emerging area.

“[There’s] very low inventory of housing in the South Side and almost no new housing, and the land prices were attractive,” Rutherford said.

In March, however, the developer pressed pause on the project as the coronavirus pandemic prompted both public health and economic concerns.

“Looking back, I think it was the right move [but] the market certainly proved me wrong,” he said. “I don’t think anyone expected what happened [in the housing market] in May and June or for the rest of the year.”

During that time, the partners never considered backing out of the project, Rutherford said. But while they’ve spent the last year working to refine the plan and gain the necessary approvals, last year’s experience has made him reluctant to announce a firm groundbreaking date.

The need for new housing stock on the South Side has been driven by a number of major employers drawing people to the area, including Toyota, TJMaxx, Palo Alto College, and Navistar. The 12-year-old Texas A&M-San Antonio now has an enrollment of more than 6,500 students, plus faculty and administrators.

“There’s no reason we can’t create new home communities on the South Side,” Rutherford said.

As was Mission del Lago in 1999, the land for Vida was designated in 2007 as a Tax Increment Reinvestment Zone (TIRZ). The final project plan calls for the city to reimburse the developer more than $250 million in property tax revenue for public infrastructure improvements.

Vida won’t be just another subdivision, Rutherford said. “We like to call them ‘communities’ because Mission [del Lago] has taught us [homebuyers] don’t want just houses and lots. They want something where they can congregate, they can talk about what’s going on in their lives, they can get together.” 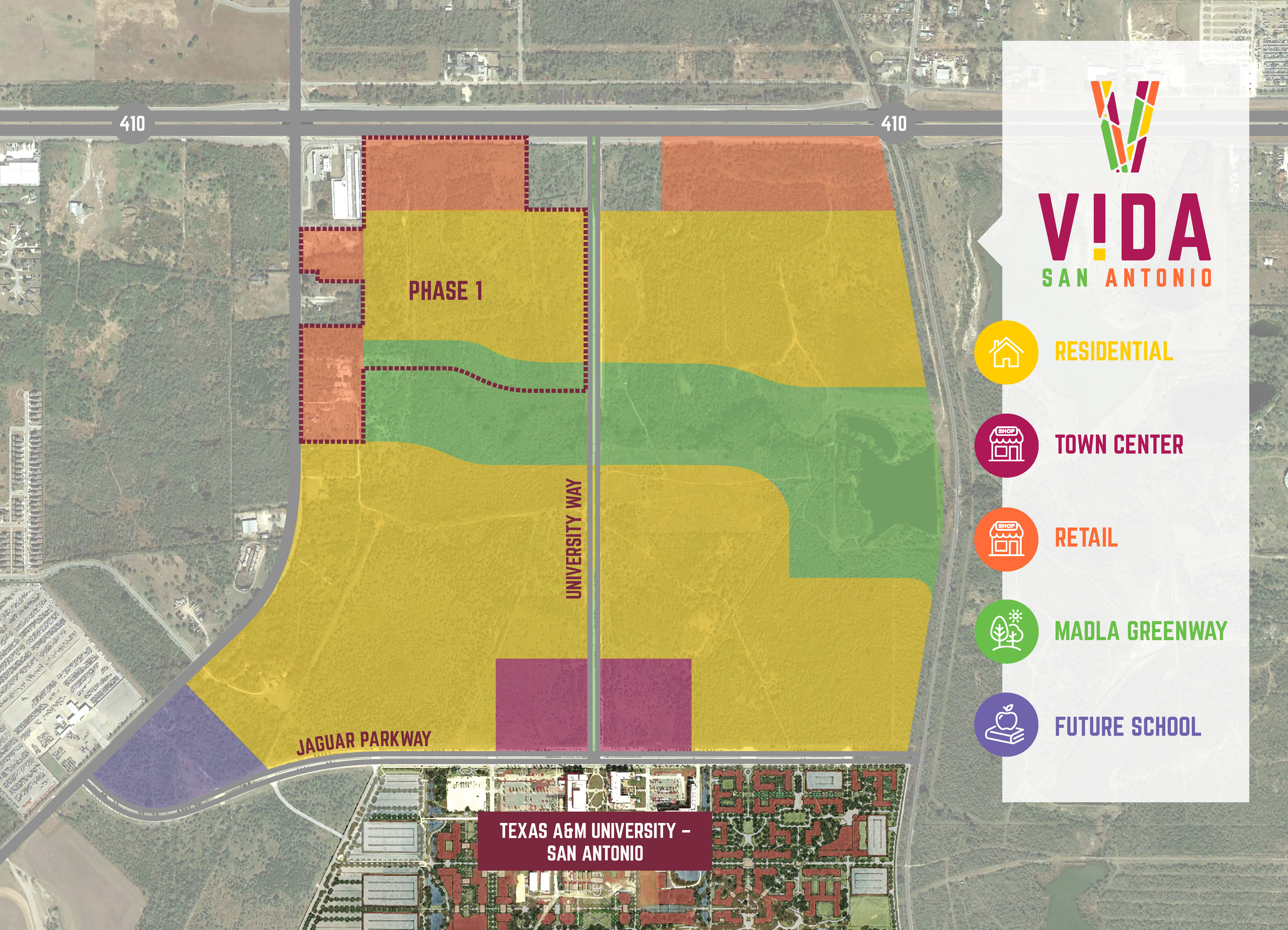 After opening as an upper-division university in 2009, Texas A&M-San Antonio welcomed its first class of freshmen students in fall 2016. The university added a residence hall the following year. Since then, the campus has grown to include additional school buildings and a greater number of faculty.

“So by all metrics, we have had considerable growth over the time that the development around us has not moved forward,” Dr. Cynthia Teniente-Matson, president, Texas A&M-San Antonio, who spoke to the San Antonio Report about the project in March 2020.

The timeline of the Vida project allowed the university to take part in planning for the new community. Teniente-Matson said she and Rutherford together met with public and private entities in San Antonio and the state, asking for input on how to design the community for future infrastructure needs, such as transportation.

“We’re remote … we’re surrounded by this beautiful natural terrain that has existed this way since the beginning of time,” she said. “So the opportunity to develop an infrastructure as well as a project that is truly a ‘smart community’ and imagine how people might live and think, in 2040, in 2050, is what we’re trying to lay the foundation for.” 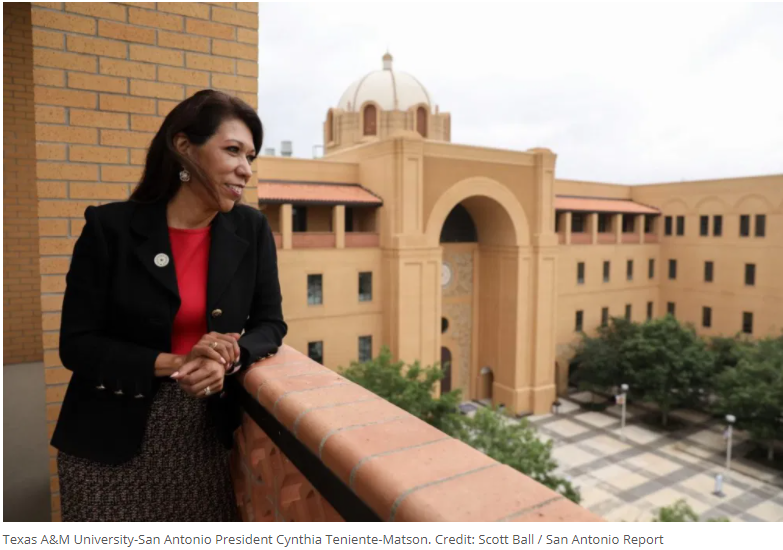 The university is also working with the developer to ensure families can find not only housing in the area but also good schools. In 2019, Teniente-Matson joined forces with south Bexar County’s seven school districts to create ASPIRE – which stands for A&M-San Antonio and South Bexar County ISDs Partnership to Impact Regional Equity and Excellence – a program intended to address some of the biggest challenges they confront.

Teniente-Matson said she sees ASPIRE as one way the university leveraged its brand and geography to influence a project like Vida and building a “smart community.” Thus, one outcome of ASPIRE will be the first public university and independent school district SB1882 lab schools in the state, one of which Rutherford said could be situated within the Vida neighborhood.

Last year’s delay wasn’t the first setback for the development. After the original owners of the property, Verano Land Group, became mired in legal maneuverings over use of the TIRZ it had sought and won in 2008, it failed to develop the promised mixed-use development.

Verano then sold 600 acres of its 1,800-acre holdings to SouthStar. In 2019, City Council reassigned the development agreement, which allowed SouthStar to move forward.

Despite the wait as a result of the pandemic, the university and local officials have been supportive, Rutherford said, and the project is alive and well.

Supportive partnerships are what he appreciates about San Antonio. “And the commonality in trying to achieve something and how everybody fits into those goals of good affordable housing product, equity amongst all of the regions,” he said.

“That’s why we’re there at Vida. The South Side needs a master-planned community like ours and we think we won’t be the last.”