Although reports show national homebuilder confidence was down due to harsh weather in major U.S. regions, Texas is still a hot spot for new residential construction and development.

Builder outlook in the market for single-family homes dropped two points for February to a reading of 55, according to the National Association of Home Builders. The NAHB/Wells Fargo Housing Market Index, a measure of overall builder sentiment, shows builder confidence is still solid, said NAHB Chairman Tom Woods. An index reading above 50 indicates builders believe there are favorable conditions for the market for new homes in the single-family housing market.

Although the NAHB/Wells Fargo index declined, builders are confident the market could improve as home prices and mortgage rates remain affordable for homebuyers.

"For the past eight months, confidence levels have held in the mid- to upper 50s range, which is consistent with a modest, ongoing recovery," said NAHB Chief Economist David Crowe. "Solid job growth, affordable home prices and historically low mortgage rates should help unleash growing pent-up demand and keep the housing market moving forward in the year ahead." 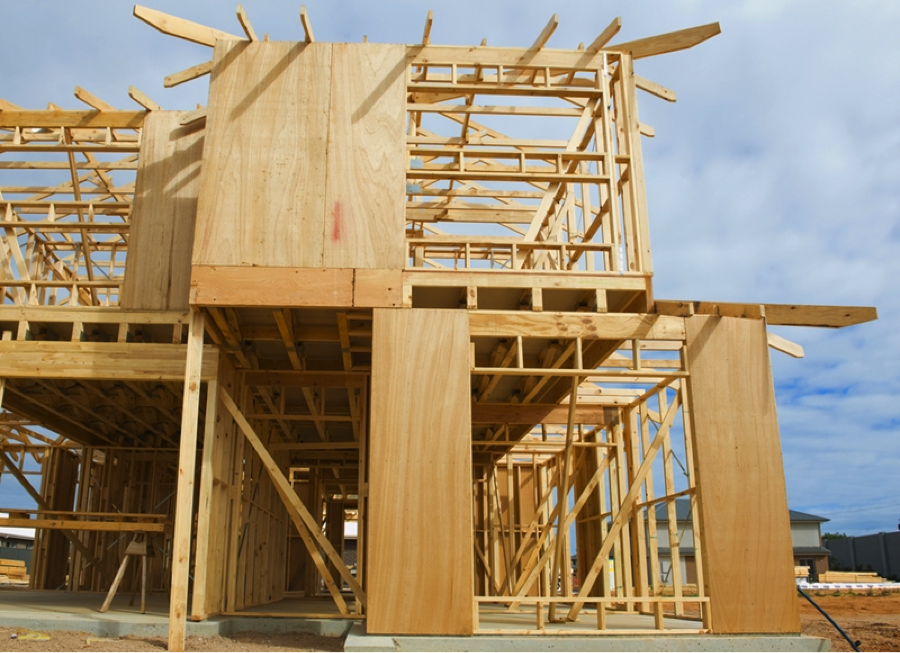 Although the national market for newly constructed single-family homes was suppressed by wintry conditions, Texas could continue an upward trend in sales for existing and new homes.

Recently, the Texas Association of Realtors said the state's existing home market had close to record-breaking numbers in the fourth quarter of 2014. The association said the surge in sales made 2014 the second-best performing year for Texas real estate.

"While many local Texas markets saw dips in home sales volume throughout 2014, the statewide housing market continued to grow year-over-year," said Scott Kesner, chairman of the Texas Association of Realtors. "The fourth quarter of 2014 marked three-and-a-half years of continual home sales growth for the Lone Star State and the highest annual home sales volume since 2006 - a testament to the strong and enduring demand of Texas real estate."

Jim Gaines, Real Estate Center economist at Texas A&M University, said current low interest rates could help increase sales growth for new homes in 2015. He said Texas home sales could remain on pace with 2014 levels in the first half of 2015. Record low inventory could be an issue, resulting in an increase prices for existing homes because of strong housing demand in Texas metro areas like Austin and Dallas.

With low inventory in the existing home market, Texas builders could focus on constructing new homes to meet growing demand. The NAHB said the South's regional HMI score stood at 57 for January - the second-highest reading out of all the U.S. regions, indicating Southern builders have a positive outlook for the state of the market, which could result in an increase in the number of newly built homes.

During January, both housing starts and building completions had year-over-year increases, according to the U.S. Census Bureau. Housing completions increased 9.4 percent in January from the same time the previous year to 850,000. The rise in new residential construction in the beginning of the year could provide a firm foundation for housing growth for the rest of 2015.