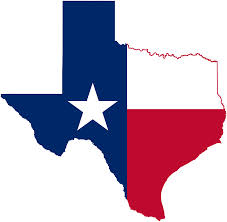 Three Texas cities continue to top the national economic rankings, according to the Austin Business Journal’s “On Numbers” report released this week. Austin retained its ranking as the No. 1 economy in the U.S., followed by Dallas at No. 2 and Houston at No. 5. Each of these thriving Texas cities is home to a SouthStar Communities neighborhood, showcasing the developer’s depth of understanding of economic drivers, long-term real estate cycles, and ongoing migration patterns.

Austin, home to SouthStar Communities’ new corporate headquarters, is within commuting distance to the company’s flagship community in New Braunfels, Vintage Oaks. Vintage Oaks, located along the Texas Wine Trail, has sold 100 homesites this year, earning itself the title of “the fastest growing community in the Hill Country" according to Metrostudy, a national housing market research firm. The fastest-growing community title is based on year-to-date sales numbers for Vintage Oaks, which total 100 so far in 2013.

The “On Numbers” report, which takes into account 18 economic factors, had Dallas occupying second place on the list. Dallas has had a banner year as the city's economy continues to reap the benefits of hot real estate and energy sectors. SouthStar Communities’ Lake Ridge at Joe Pool Lake has benefited from the hot Dallas market as buyers in search of prime Texas lake property discover all the advantages of living near the lake without losing a convenient DFW location. Construction starts, steady sales, and new property releases continue to make Lake Ridge a hub of activity.

Houston was second in the nation on the “On Numbers’ report for new jobs in 2013. At the same time, continued impressive real estate gains in Houston have made selling and moving to Bryan-College Station a reality for many, which has increasingly shined a light on the desirable lifestyle available at SouthStar Communities’ King Oaks community. King Oaks has had to release new property this year to accommodate buyer demand and is also in the throws of building a brand-new Amenity Center for residents and land owners.

With all this positive news for Texas, it's no wonder “The Texas housing market is reacting to the massive influx of new residents coming to the Lone Star state for jobs,” according to Redfin's latest report. “As more residents move to Texas from other states with a higher median home prices, the housing markets in Dallas, Houston and Austin have been bolstered by rising home prices of double-digit year-over-year growth."

About 2.5 million people relocated to Texas between 2008 and 2012 in search of jobs from more costly regions of the nation,” the report stated.