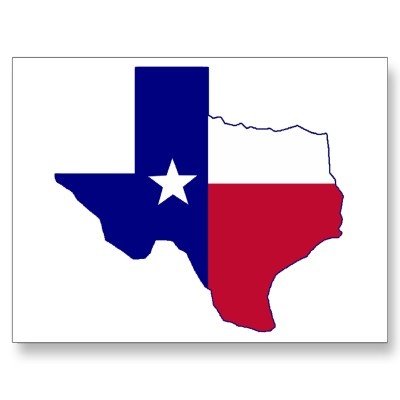 Texas is the future of America, says TIME magazine.

Texas is on everyone’s mind lately—perhaps even more than normal—as TIME magazine says Texas is “America’s future” and land and real estate values and activity continue through the roof. If you happened to read the recent TIME cover story, you know they are sweet on Texas: “The United States of Texas. Why the Lone Star State is America’s future.”

Here are a few key points that backed up their assertion and further prove what we already knew abut Texas:

“More Americans are moving to Texas than to any other state,” said TIME. As America’s fastest-growing large state, Texas has “three of the top five fastest-growing cities in the country: Austin, Dallas and Houston.”

Those cities also happen to coincide with SouthStar Communities’ master-planned communities in Texas. Vintage Oaks in New Braunfels just outside of Austin; King Oaks in Bryan-College Station, within commuting distance of Houston; and Lake Ridge in Cedar Hill, located halfway between Dallas and Fort Worth.

Each of these communities has seen similar activity and migration patterns to those in their respective cities, as well as in Texas. In 2012, “Total migration to Texas from the other 49 states in the Union was 106,000, noted TIME. “Since 2000, 1 million more people have moved to Texas from other states than have left.”

People are “headed to Texas. And they’re headed there because land is cheap, and thus housing is cheap,” said TIME.

The magazine did a rough comparison of the typical home in Brooklyn (costing “more than half a million dollars and 85% of these dwellings are apartments and condos”) to the typical stand-alone Houston home costing $130,100. But while $130,000 homes in Houston can be found, it is often the higher-end home and the opportunity to buy land and build to exact specifications that entices the out-of-stater. The opportunity to move up from a starter home in California to a luxury residence in Texas, or, better yet, buy Texas land and build a custom dream home for what a middle-of-the-road place in New York would cost, continues to drive people to the state.

And to SouthStar Communities’ master-planned communities.

Vintage Oaks has been named “the fastest growing community in the Hill Country,” according to Metrostudy, a national housing market research firm, with 100 sales in 2013. Twenty percent of those sales are from referrals, an exceptionally high number and further indication that Vintage Oaks is the favorite community of the Texas Hill Country. Vintage Oaks recently released new homesites and two new neighborhoods, Silver Oaks, and Champagne Hills, to meet buyer demand. For more information, visit Vintage Oaks.

King Oaks is a favorite of Texas land buyers thanks to its unique location convenient to Bryan-College Station and Texas A&M but also uniquely private and peaceful. King Oaks is currently featuring Phase One closeout properties from $39,900 and two-acre creekside view properties from $69,900.

Five homes are currently under construction at Lake Ridge, offering a unique opportunity to own a lake property in the center of DFW, with great convenience to the thriving work centers of Dallas and Fort Worth but with all the serenity, natural beauty, recreation, and prestige that lake living brings to the table. Lake Ridge currently features lake-view homesites from $39,900; closeout pricing on the final homesites in The Summit, and one-half to one-acre properties in the gated neighborhood of The Sanctuary, the final neighborhood being built on the shores of Joe Pool Lake.

“The lower house prices, along with a generally low cost of living — helped along by cheap labor, cheap produce and cheap gas (currently about $3 a gallon) — really matter when it comes to quality of life,” said TIME.

They also quote the website MoneyRates, which “ranks states on the basis of average income, adjusting for tax rates and cost of living; once those factors are accounted for, Texas has the third highest average income (after Virginia and Washington State), while New York ranks 36th.”

And lest you think those are lower-paying jobs, TIME reports: “In fact, from 2002 to 2011, with eight percent of the U.S. population, Texas created nearly one-third of the country’s highest-paying jobs.”

This equates to the third-highest average income in the country after adjustments for cost of living and taxes—a factor that make land and home prices even more desirable and helps buyers moving to Texas strive for more.

Clearly, people across the country are paying attention. And real estate numbers are backing up TIME’s claim that “everyone is moving” to Texas. According to the San Antonio Business Journal, Texas’ housing market witnessed all-time highs in the third quarter of 2013, with 80,105 single-family homes sold. “Those 80,000-plus sales represent a 18.97 percent increase from the number of sales reported for the same quarter in 2012…and marks the highest number of quarterly sales since TAR began issuing the reports in 2009."

The same can be said of Texas land sales, which typically follow suit in a strong real estate market, and to which SouthStar Communities and their industry-leading--and landowner-pleasing--communities can attest.