As printed in the New Braunfels Herald-Zeitung, November 15, 2019

It was a good year for sales in the city of New Braunfels.

City staff announced earlier this week that with the September figures in, they could put together a picture of fiscal year 2018-19 to compare with fiscal year 2017-18.

“With the release of the September figures, we are able to report that gross sales tax collections for FY 2018-19 (October-September) has increased by approximately $1.9 million or 6.02% in comparison to the previous fiscal year,” said Jared Werner, chief financial officer for the city. “Staff is pleased with the sales tax performance this fiscal year, especially the final quarter of FY 2018-19, which is impacted heavily by tourism activities within our community.”

Sales tax figures come in from the comptroller’s office approximately six weeks after the end of each month, Werner said.

The city was waiting for September numbers to come in to be able to compare the year over year figures.

The 6.02% is actually slightly higher than city projections, Werner said.

“If I had to categorize it, it’s been a roller coaster year as it relates to sales tax activity,” Werner said. “At the beginning of year we had about five months that were straight double digit increases year over year — and then we realized there was a large sales tax producing company just outside of city limits that was paying city taxes, so the comptroller had to remove those and adjust the following months reports to account for the correction.”

While the adjustments made by the comptroller’s office resulted in several months of sales tax collections that were actually lower in comparison to the previous year’s, the summer months rebounded nicely, Werner said.

“Summer months represent the highest revenue generating months of the year,” Werner said. “We were specifically pleased to see the figures for the month of July — about $3.3 million just for that one month, the highest on record for New Braunfels.”

August saw a 3.4% increase year over year and September saw a 5.4% increase, so it was a solid end to the fiscal year, Werner said.

“We were happy to see those months impacted by summer continue to grow,” Werner said.

Collected sales taxes go into the city’s general fund, helping support city services such as police, fire and public works as well as the 4B Board, which supports economic and quality of life investments.

“Sales tax revenue is the largest source of revenue in the general fund,” Werner said. According to the state of the city earlier this year, sales tax makes ups 32% of the city’s general fund. 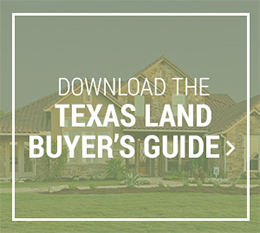